Enjoy some photos from our last day on set.

We’d like to thank each member of the #LetLive cast and crew for working tirelessly on set these past few days.  We would also like to thank all contributors, including catering service and venue for their assistance in helping this production come to life.

Veritas et Utilitas, “Truth and Service” is the motto for Howard University and represents a vital component of the school’s identity.  I have a special affinity for educational initiatives, particularly those that drive young minority women to CREATE.  Service is a lifelong commitment and over the years, I volunteered hundreds of hours at various community-based and 501(c)(3) organizations.  While Howard University Day of Service (HUDOS) draws mostly undergraduate students, I was intrigued and sought a way to get involved.  I am pleased to announce I was selected for the Steering Committee and serve as the Photographer / Videographer on the Media Team.

To me, HUDOS provides a phenomenal way for students to become immersed in both the university and the community-at-large.  I am thrilled about having the opportunity to create visuals displaying Howard students as they come together, working hard to make a difference.  Check out one of my promo edits created using supplied photos and footage curated from HUDOS over the last two years, along with graphics I created to accompany student quotes on the service experience.

I am pleased to introduce you to Thug Motivation. This is a drama short-film written and directed by (me) Briana M. Andrews, Rowan University senior and owner of BibbyFame Digital, LLC. The shoot took place over the weekend, and it was a awesome demonstration of teamwork and resourcefulness.

This story is an actor’s plea for “less thug, more motivation.” The protagonist, Kevin, played by Howie Jones, senior Computer Science major at Rowan University expresses frustration because he is a classically trained actor, however, he’s routinely cast and sent on auditions for demeaning roles which he reluctantly accepts. During this contentious meeting with the casting director, he lashes out about degrading role offers and visualizes inspirational, thought-provoking roles that contribute to humanity.

Gang-members and thug roles are disproportionately played by black actors. However, this isn’t reflective of the actual demographics of American gangs. While Thug Motivation shares the story of one actor, it serves as a launchpad for discussion on casting directors engaged in type-casting, limited role opportunities, inadequate African-American representation in film and potential societal implications from such imagery.

I submitted this screenplay for consideration earlier this semester and in recent weeks, I presented the look-book and defended the film concept. There was no budget for this film, however, campus resources were at our disposal for equipment. For the film setting, we converted an 8-max group study room at Campbell Library into a convincing office location. I am extremely proud of the entire team. I also appreciate their open-mindedness and willingness to wear several hats to pull this off successfully.

The film, Daughters of Solanas is now complete and on IMDb.   I am credited under Camera and Electrical Equipment for my work on the set handling BTS.  I also manage the social media presence for the film; you can read about this in the previous blog post.  The screening for Daughters of Solanas will take place next week at the Museum of Moving Image.  Here are a few photos I took of the crew, which consisted of 27 women.  Bravo!

Creating the dramedy, Daughters of Solonas was an incredible experience and I’m excited about our screening next week at the Museum of Moving Image in Astoria, NY.  One of the items on my filmmaker bucket list was to work on a film with an all-female cast and crew.  This month, I will have the opportunity to complete that, twice over.  The Women’s Weekend Film Challenge bought together women from all walks of life … different races, different socio-economic statuses, different religions, different education levels … complete strangers, all coming together with the common objective of creating a short, in a really short period of time.  The footage looks amazing, the film was submitted, the screening is next week and at a later date, the festival submission activities will commence.

Personally, I would like to thank Tracy Sayre and Katrina Medoff for their work organizing the Women’s Weekend Film Challenge, and for all of their efforts for women in film.  They emphasize how much representation and diversity matter.  These are causes that are obviously very close to my heart.  Some of the challenge sponsors include RED cameras, Gotham Sound, IDX, Zeiss Lenses, AbelCine Brooklyn Lighting and Grip, Lightbulb Grip and Electric and Below the Line.

I handled BTS photo / video on this project.  I also created and manage the socials. Check out and follow @DaughtersofSolanas on Instagram and Facebook.  A photo-story BTS montage can be found below.  I’ll be sharing some video of the crew (Team Banks) in action in the near future, stay tuned.

Below, please find an interactive project new media sampler consisting of snippets from projects completed this semester.  I am completing both Post-Production and New Media Production with Professor Erika Tsuchiya.  For those courses, the method of submission includes an separate class EduBlog (visit my temporary class site here), and heavy use of private Google Docs portals.

I am excited about using Adobe Animate, Mixamo, Adobe Fuse, MIT Scratch and Unity3D.  Before this course, I had no idea almost 50% of mobile games are developed using Unity.

My work assisting Jill Lotenberg on the cover of Mann Publications for the August and September issues were published.

This is for my work on the photo shoot of Joe Willen of Advantage Title. This memorable shoot took place on beautiful and scenic Northport, Long Island. I actually didn’t expect to receive published photo credit considering this was part of an internship, but this is actually quite awesome. Learn more about Mann Publications. 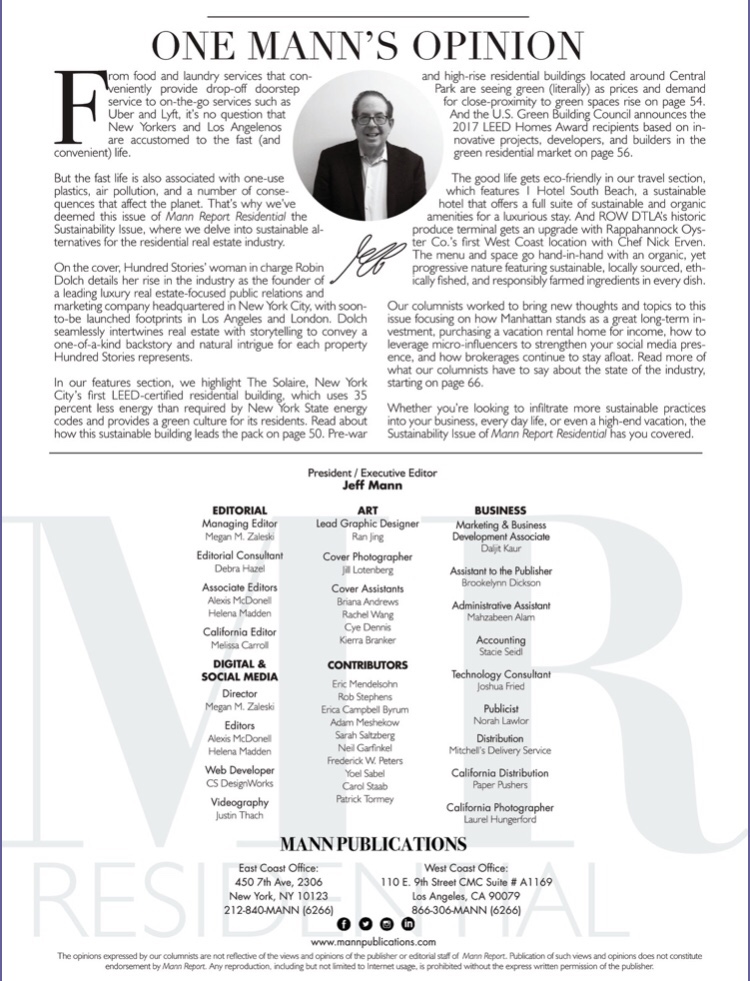 Check out this BTS image of Jill Lotenberg’s shoot for the cover of Mann Publication’s August 2018 issue. If you look closely, you can see me handling lighting, ha!

This shoot took place at the lovely Beekman Residences in New York and features Robin Dolch, the CEO of Hundred Stories PR.

This PhotoVoice project features a selected subject of interest and multiple locations / shoots.  This topic was selected because Rowan University is located in South Jersey and students are always on a quest to find interesting and FREE things to do.  Moreover, there are over 100 institutions in the Greater Philadelphia area.  Emphasis was placed on locations that can be enjoyed at no cost by people under the age of 21.

This photojournalist video profile documents Malin Fezehai. She won various awards including the World Press Photo Award for Daily Life. Some of her clients include TIME, The New York Times, The New Yorker, Fader Magazine, Nike and others.

She now works as a Visual Journalist for the New York Times. Her areas of focus are communities of displacement and dislocation around the world. There aren’t many minority female photojournalists; researching and learning about her work and accomplishments was a great experience.